Mina has a love for science, animals, and baking. Not necessarily in that order.

Kate Jordan is a scientist, medical doctor, and mother who holds a BA from Colby College, USA, a PhD from Warwick University, UK and an MBBS from Imperial College, London. Kate is originally from America and currently lives in London with her husband and two small children. She works as a medical doctor at St George’s Hospital and has been frontline during the COVID pandemic. Dedicated to equal opportunities for woman and children, Kate has participated in youth mentoring schemes, was a founding member of the Warwick Women in Science group, and currently represents less than full time trainee doctors at a local and national level.

Mina: You mentioned previously about being encouraged towards English, rather than science, possibly because you were female. Have you felt the same way now that you're actually in medicine? Do you think that COVID has changed any of that in terms of working less than full-time because of other responsibilities?

Kate: It's not unique to medicine; women have been disproportionately affected by the pandemic. I have two children: a five-year-old and a seven-year-old, so I'm very in tune with what all the other mums are up to and that sort of thing. When schools are shut, I would definitely say that the moms have taken up the role of doing home education and extra bits and pieces.

It's not unique to medicine; women have been disproportionately affected by the pandemic.

A McKinsey study showed that the extra effort devoted to keeping your child educated, fed, clothed, maybe were part of a routine, but that routine has gone out the window, and the extra responsibility has fallen disproportionately on women. Most women I know are working, so that has added to the work that they do.

I know a few people who have actually decreased their hours in order to meet that demand, or women who voluntarily took furlough because they said, "That's the only way I'm gonna be able to do this”. Personally, when COVID hit, I was redeployed, and my children were also out of school; we made the decision as a family, we didn't want them to go to key worker school because it felt like my children are already at a huge risk of getting COVID just from me.

We wanted to keep them in a little bubble, essentially. It meant that I worked every Friday, Saturday, Sunday, Monday, sometimes Tuesdays. Then we did homeschool during the week. I actually was talking about this to another doctor mom earlier this week. She was saying that the unfortunate toll of the pandemic is that you spent less time with your children. You only have so much energy and you can't deny that energy to your patients, especially if they're dying. And there is definitely a feeling that you're trying not to bring home your work but who you are when you come home from work is a little bit different.  It is a balance that I think has been hard. This has been going on for so long that if we're all redeployed back to COVID wards again, we won't have a choice but to place our children in key worker schools, because there's only so much time and energy in the day. Each time this happens, you have to find a new level of energy, and it's just not there anymore. I don't think I can do more Zoom school.

...there is definitely a feeling that you're trying not to bring home your work but who you are when you come home from work is a little bit different.

Mina: Homeschooling does require a different attitude, mentality, patience, all things that you appreciate very skilled teachers having.

Kate: The number of times I've said to my children, "Mommy is a doctor. If mommy was good at teaching, mommy would be a teacher."

Mina: Do you think that there was a support network within the hospital infrastructure for you?

Kate: It's a little bit tricky. Medicine has come a long way, and I think STEM has come a long way in terms of trying to give people space and say, "Yes, you can have your career and you can be a parent". But it's always gonna take more energy. Systems are set up administratively and otherwise for straightforward tasks: you're on a full-time contract, these are your hours, these are your days. The processes are not in place for when you're less than full-time. Even the most supportive departments and the most supportive environments believe that they're doing you a favor. They think you have more free time,as though when you're not there, you're drinking piña coladas on the beach. Other colleagues in the hospital, without meaning to, will ask me, "How was your time off?". I want to reply, "I wasn't on annual leave. I have my children all day, and that is the day that I do all the laundry, all the homework, all of the things like that".

People who don't have kids actually have time off. They go home, they have a Saturday or Sunday. Their day is their own. They sleep. It's just really funny to me that they believe that my time is free and I'm off. It's an unrecognized, maybe totally unconscious bias.

In some ways, if I went full-time and  hired full-time childcare, I’d feel guilty. I know plenty of women who do that  and feel guilty for not spending more time with their children.

That is definitely true for men as well, but statistically, women still do most of the childcare. I want to spend time with my children, I don't want to miss those major milestones; the role that I have as a mother is just as important as my career. It's just that there's not two of me.

Mina: So you've worked in the NHS for three years. Do you see obvious areas for improvement?

Kate: I think there are a few. First, if things were more competency-based. At the moment, a lot of things in career progressions are time-based. In medicine, for example, you have to do a certain amount of work. I'm less than full-time, but I have to do the equivalent of 100% of the time to get to the next level in my career. It's not competency-based. And I think that, yes, there should be a time minimum. You shouldn't be able to do 40% of what someone does 100% of, but I do think that because I am a mother and because I have had more life experience, I am forced to be more efficient.

I think I have gained competencies that might take other people longer. And if career progression was more competency-based in medicine, then you wouldn't have the time lag; I know it's going to take me longer to train than it will my colleagues, even if I have hit every professional competency. I may be viewed by my supervisors as being ready to progress, but until I hit that time target, I can't.

Second, I think, in general, if women were promoted and coached through their careers in science, in how to look forward and present themselves differently, it would be a real asset. There is a feeling among women that we are asking for too much by saying, "Please may I work less than full-time? Please may I have children and work and do all these things?", as if it's easier, as if we are asking for an accommodation, or as if we are asking for an easement. I really think that if that were reframed, and women were encouraged to think about their skills and present themselves differently, it would actually be a real benefit. It could be presented as, "I'm only going to be here this many days a week but I can do this much. And I am this capable and I can do all these things". People in business are much better at that. People who are in a business environment sell themselves.

I think misogyny is dying, which is beautiful. But unfortunately, there are some final bastions of it.

I think misogyny is dying, which is beautiful. But unfortunately, there are some final bastions of it. Science, although it is forward-facing, cutting edge and developing new technologies, has one foot in the time of the dinosaurs because it's still an old boys’ club. And it's not perceived as something that can be done part-time or if you also have another focus.

My experience of women in the lab, who I was doing my PhD. with, is that they are amazing, empowered, but get really put off by the attitude,  by being questioned all the time. I went to a scientific event with my supervisor once, and there was a social function at the end. One of the other professors assumed I was my supervisor’s wife and asked me, "who's home with the kids if you're both here?"And we both said, "Our respective spouses." There are attitudes that you do get a little bit tired of dealing with. Sometimes it's easier to leave that environment because you just don't want to deal with that attitude anymore. I think people need to be held accountable, but it’s very hard because if someone makes a casually sexist remark to you and you call them out on it, you are seen as the aggressive one. Casual sexism is glossed over because it's not socially acceptable to call it out.

If someone expresses casual sexism, it needs to be addressed, and it needs to be raised. It's not fair to tell women scientists, "you're gonna have to put a lot of energy into dealing with all these old misogynists and you'll be powerless against it. It's easier just to leave." So if I had to list the top three things that would keep women in science and medicine, it would be competency-based progression, mentoring women, and then making it culturally understood that misogyny needs to die.

Mina: I think those are fantastic ideas. I would probably similarly rank them as the top three. This has been really great. You have pulled out many points that need to be amplified. So, thank you so much for your time.

Kate: Thank you for having me.

Mina has a love for science, animals, and baking. Not necessarily in that order. 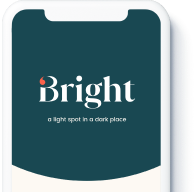 Get full access to the Bright Community.  Memberships from less than $8 per month.